Impact of Coronavirus on your Chosen Career

Impact of Coronavirus on your Chosen Career Coronavirus has put a break on every day activities around us, giving businesses and industries a high alert. Hence, there is no easy or quick exit predicting the ongoing situation to last till next year. Not only that people are hospitalized or working from home, in real what ground a country – an economy is highly affected and is in recession. There is a prediction that

What exactly does this indicate to your chosen career?

Is the job at risk, or the field you have chosen to study abroad needs a re-think? Do you need to shift from your chosen career in order to reduce your chances of getting laid off?

So just assume that you hold off for few more months and see the coronavirus through, but when it will get back to normal? Do you find a need to contact education consultant in order to seek career counseling in terms of job prospects, what career to choose and the scope of the subject you want to pursue? Knowing that the recession is creeping in the stock market, also risking many peoples job at risk; what would be the best career option to choose that would give fruitful result in terms of career building and job prospect in the long-term?

Here’s one thing to notice

It’s not just schools, airlines, hotels, park or entertainment areas that is laying people off. Also, the laundry, restaurants, coffee shops, salons, bookshops doesn’t have customers to provide their services. Although uncertainty levels are quite high right now, there are some valued career predictions for the upcoming recession. What does this mean for current graduates? Is the industry they have chosen still hiring? What specific serious issues different industry is facing, and what does future look like for the career you have chosen? Have a look to few of the industries that has been widely affected and how it means for graduates seeking jobs in these sectors.

The retail industry has been heavily affected by Covid-19 outbreak, with many non-essential stores getting close due to lockdown. It has hit the overall sales despite an increase in e-commerce.  Overall with the lower growth rate, it has managed to still grow by 4.1 percent this year (comparatively lower than previous years). Due to increase in-ecommerce, worldwide online traffic for supermarkets has widely accelerated by 135% with retail tech by 129%. Sectors growth mainly relies on grocery and food stores, where the retail textile outlets suffer.

Stores like Amazon has around 100,000 positions, Walmart has announced that they will add 150,000 workers in stores and CVS is hiring 50,000 positions. These retail industries are mainly switching to e-commerce platform and are hiring candidate who have grip on digital skills and marketing techniques to operate in this digitized world.

This industry may face unpredictable uncertainties. US retail sales have recovered by 17.7% since the economies were reopened and people began going to stores. Despite of all this, stores that are unable to open has extra stock in the retail market, which clearly direct that the items will go on discount later coming up with loss of sales.

This industry has been a standstill due to COVID-19 and has been the worst impacted industry as per the World Tourism Organization. It was predicted to make US$711,940 million in the starting of the year 2020 but now seems to make just a fraction of US$447,410 million. Research studies that worldwide, the online traffic for tourism has reduced by 73%. This is pretty understandable due to closure of companies such as Airbnb and other holiday destinations. 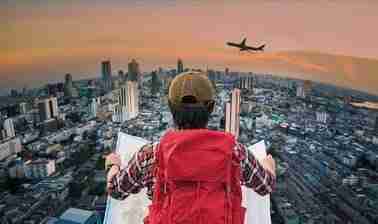 Hardly any of the company is hiring at the moment. According to Statistica, in 2020 there is a total loss of 101million jobs in tourism industry, the Asia Pacific region being hit the hardest followed by Europe. It might start to get better once this pandemic is over.

The industry seems bleak currently, it is not one to write off when thinking of future career. There would be a surge in tourism, when travelling restrictions will lift up. A prediction by The United Nations Tourism Organization suggest that by 2030, there will be 1.8 billion worldwide tourist a year giving a way to job opportunities all around the world in this sector.

With banking being closed for months around the world, people have become furloughed. There has been massive pressure on customer services and online channel, shifting the way to mobile banking. Due to social distancing requirements, it has put high pressure on other channels like social media, calling support and other. The customer services had massively increased in numbers due to record number of queries from people as their finance being affected by the virus.  Fintech today is well-equipped to deal with this but because of pandemic the investment has fallen down in this sector as venture capitalist hold back. 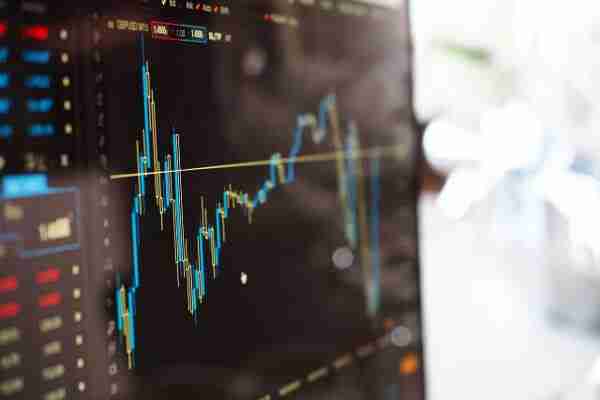 Large firms like Lloyds Banking Group, PwC and BDP have changed their recruitment plans moving it to online. For instance, PwC has cancelled the summer internship program and has an alternative in which they are offering automatic entry to the 400 successful students to firm graduate program.  They will be trained online where summer work experience will be provided online to other 50,000 students who applied originally. Similarly has been done by Santander, Goldman Sachs and Lloyds.

Finance seems to have welcoming future, with the banking process being transformed in an online manner. In the long run, it may decrease customer’s dependency on traditional banking as fintech would be central on customers demand.

The Media, Advertising and Marketing Industry

People are consuming necessities due to unemployment or being at home, which has caused a massive reduction in the demand of good resulting a decrease in advertisement spending. Physical event cancellation such as sports has also dropped advertisements. This unpredictable circumstance has compelled various commercial broadcasters, including ITV to transfer their funding sources from advertising to content licensing and subscriptions.  There has been a move to mobile ad spending from desktop ad spending, with display ad impression to 51 %. Marketing and advertising agencies are hiring people who have previous experience in this field, along with grip on a digital platform crucial to work in this pandemic. They are hiring through virtual assessment centers and online interviews. The famous media firms like the Washington Post, Bloomberg Media, New York Times and Politico have many vacant positions and is hiring after screening process.

Working online digitally is a new normal in this industry. Well, this industry is unpredictable and poses uncertainty as agencies might have new projects or could reduce spending resulting in loss of jobs.

Due to pandemic the global FDI inflow has seen a sharp reduction. According to the United Nation Conference on Trade and Development, it has shrunk by 5% – 15%, mainly due to downfall in manufacturing as a result of factory shutdown. The manufacturers of chemical, automobile, aircraft and electronics are facing concerns related to raw material availability. For instance in the electronic industry, china accounts for 85% of total value of components used in smartphone and around 75% for televisions and other like mobile display, LED chips which are imported. The factories in China being shut down for long, the vendors increased the prices by 2 to 3 % owing to shortage of supplies. Similarly automobile industries like Volkswagen and Daimler in Europe has reduced the production of engine and vehicles due to safety measure leading to loss of production. Economists predicted a descending trend in global manufacturing that will last until at least the first quarter of 2020. As soon as the factor reopens, there are higher chances that these industries will hire the experts with years of experience and would take on limited employees at a time.

Covid-19 situation is highly unpredictable and there isn’t any certainty that second wave of corona wouldn’t arise. There are higher chances for developed countries to come up with vaccines and reopen the factories as these play major role in countries GDP.

Covid-19 has impacted students’ life in terms of choosing a career that has better future prospects. Well, no one ever had an idea of how worsen the situation will go, also which sectors would be widely affected. Many of the students who are willing to study abroad or are already residing there have endless questions on career opportunities and study scope. Well, it’s highly recommended that rather than directing yourself a way that you have no knowledge on, hire a career consultation service that can provide you immense exposure on both theoretical and practical world. Edvise Hub holds education consultants both at national and international level to effectively guide the students and provide them valuable career counseling at any step they get stuck at. Are you still hesitant? Simply fill out the form and get your queries solved instantly by our representative.

Being in the specified job role, I acquire excellent communication skills. As an extremely organized, hardworking, and detail-oriented person; I have managed to give effective career counselling and academic guidance to students of all academic standards who aim to pursue their degree in Australia. From searching for course pathway till submitting for visa, I take all the responsibilities and guarantees a promising result. How to get a scholarship in Australia