This is a well-known fact that the USA is the education hub of the world, so much so that the USA has been capable of attracting more than 1.1 million international students each year. Moreover, the United States Of America is known for its top-quality education institutes which have a reputation of graduating the people who are more likely to change the world in the future. Many among who have contributed to this world and made a positive impact are graduates from IVY league universities such as Bill Gates (Worlds’ third richest man and founder of Microsoft) and founder of google. In addition to giving the world such influential people, 14 graduates from IVY League universities later were able to make it to be the president of the USA. However, among the top 5 universities in the USA and the world, three are from this very city; Boston. One of them comes under the IVY league system, Harvard University and the other one is MIT and Boston University.

Boston offers 44 distinct undergraduate degrees, concentrated into 37 majors within 22 broad fields of study.  The university is popular for providing majors in various fields such as Business, Management, Marketing, Related Sports Services, Psychology, etc. Other than the academics side, to some extent, the inclusive and student-centered culture of UMASS plays an important part not only in being able to get good grades but also in grooming and self-development. UMASS Boston encourages and recognizes outstanding achievements in academics by their famous JFK  and Ryan awards which are solely based on academic excellence.

Other than stating the fact according to pay scale USA, Salaries for University of Massachusetts (UMass) – Boston Campus Graduates are between $53,000 – $73,140. One just can’t miss the strong connections and the rich life in one of the booming cities of the nation. Roughly 500 companies recruit on campus, offering UMass Boston’s talented students the opportunity to work for some of the world’s top employers in industries ranging from finance and technology to health care and education. Additionally, living in Boston gives students the opportunity to build strong and powerful connections in one of the booming economies of the USA.

As Boston is considered the college town of the USA. There’s always room to learn for you as UMASS Boston attracts students from more than 140 different countries, UMass Boston fosters a collaborative, inclusive environment where students from a variety of backgrounds learn to view issues from different perspectives.  The multicultural community gives students the opportunity to explore and see the diversity of the world on an international level. Many of the successful men out there have a never-ending list of continuously interacting with new people every week or maybe daily as it plays a major role in grooming, polishing, and personal development.

As the city of Boston is the college town of the USA the student satisfaction rate is more than 75%. It’s the city where while studying you can live your life to the fullest and make the journey worth remembering.  However, 77% of the students were found to be happy when asked about their experience in UMASS Boston. The city is the hometown of the international students in the USA and it has something for every one of them. Entertaining a foodie to entertaining a reader, has everything. However, let’s put some facts on the table. UMASS is considered the biggest party school in the whole USA so it is really less likely that students are not satisfied. 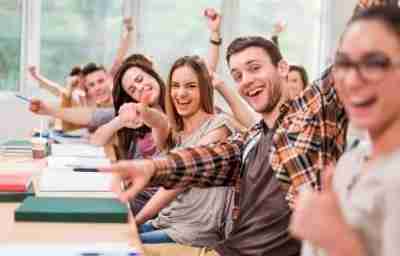 With the rich and vibrant culture of the city, UMASS has opportunities for international students for various personal loans, as well as some on-campus employment through our Student Employment Office.  UMASS Boston encourages sports, Gilman, and academic scholarships up to $5000. As last year in 2020, UMASS had a budget of $340 million.

41% of students in college in the USA are dealing just with anxiety alone. This rising issue needs an immediate solution. Mental health issues are one of the hottest topics almost everywhere around the globe. The majority of international students are more vulnerable to be impacted by anxiety, mood, and stress-related disorders due to spending a high amount of time on social media, pressure to excel in the grades for their career, and homesickness. The UMASS is one of the universities in the USA which has a separate professional department for this issue where the counselor, the therapist listens and discuss the students’ life problems and solutions every week. They follow up on the students and schedule an appointment to brief them on the right track to their goals. The perks of having a mental health first aid department on a university level can be measured where there is no such department and the students are left with no option but to cope up with it themselves or struggle with it. 10 Things to Consider Before Choosing a College or University