Engineering is one of the most demanding, yet challenging disciplines of studies in the world. Its significance could be deduced by the relationship of research and engineering facilities with the economic growth of a country. Australia stands as a notable option for the students who want to study abroad, as many Australian universities rank among the top institutes in the world. Moreover, the processes of applying for student visa Australia are relatively less excruciating compared to other countries worldwide.

Here are some of the best Australian universities for international students aspiring to pursue engineering abroad.

University of New South Wales (UNSW) is one of the leading research universities worldwide. It cherishes the privilege of being the 4th highest ranked universities and being among the top tiers in the world. According to USNews.com, the university enjoys being ranked as the 25th most prominent when it comes to Engineering and Technology in the world.

The reason for its prominence among the universities in Australia is the vast range of engineering and science courses it offers, and it has the highest number of engineering and science students graduating from Australia. From the conventional Mechanical and Manufacturing Engineering to advanced Materials Science and Engineering, numerous technical disciplines of demand are available for the students. Furthermore, many scholarships Australia are also available for the local and international students.

University of Technology, Sydney (UTS) is another outstanding research university that facilitates the domains of sciences and engineering. According to the QS Top 50 Under 50 2018 rankings, UTS has secured the 8th rank from worldwide. Moreover, the faculty of Computer Sciences at UTS is ranked as 83rd in the world by the Times Higher Education. Other courses related to Sciences and Engineering offered by UTS include Mechanical and Mechatronics, Electrical, Civil, and Biomedical Engineering.

Beyond that, UTS is also a big advocate of women equity as it encourages women to participate in the currently male-dominated engineering industry.

Last, but not the least, the Melbourne School of Engineering at the University of Melbourne is one of the most renowned engineering schools in the world. The university itself is the top-ranked in the country, while it relishes the 32nd spot among the top 50 universities in the world. Its engineering school is ranked as the 2nd in Australia, and it offers a wide range of programs dealing with advanced sciences and engineering. The global ranking of the Melbourne School of Engineering is 63rd and it is one of the Australian universities for international students that have the highest rates of graduate salaries for the students that study in Australia.

Challenges International Students face and how to overcome them 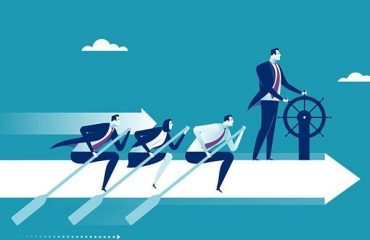 Start your career in Occupational Psychology