Melbourne university executives will meet anti-detention advocates in response to an open letter from more than 200 staff and academics calling for the uni to cut financial ties with Wilson Security over its involvement in Australia’s offshore processing regime.

The letter was published in support of a campaign by refugee and asylum seeker-led advocacy organisation, Rise, and signed by more than 219 people including former human rights commissioner Prof Gillian Triggs, and author Prof Tony Birch.

It urged vice-chancellor Duncan Maskell to join other institutions in divesting from companies contracted by the Australian government for the assessment and detention of asylum seekers on Manus Island and Nauru.

“There have been countless reports and inquiries regarding the deaths, torture and sexual abuse faced by refugees who have been arbitrarily incarcerated within Australia’s mandatory detention centres,” the letter said.

The University of Melbourne has a security contract with Wilson, a company that for many years provided security for Australia’s offshore immigration detention centres on Manus Island and Nauru, and which remains on Nauru.

A spokesman for the university told Guardian Australia the letter had been received.

“The university’s vice-president (administration and finance) and chief operating officer Allan Tait will be meeting with representatives of the Rise group to discuss the open letter and to understand their concerns,” a spokesman said.

In recent years the National Gallery of Victoria, the University of Newcastle, and the Sydney Biennale have all cut ties with companies contracted to Australia’s offshore immigration system, including Wilson Security and former major contractor Transfield/Broadspectrum.

During its offshore contract, Wilson Security and its staff have been accused on multiple occasions of poor conduct, including allegations of assault, and misleading parliament. In 2015 three Wilson security staff were alleged to have drugged and gang-raped a local female staff member.

The divestment campaign is spearheaded by Rise, which cites members and governing staff from more than 30 refugee and ex-detainee communities in Australia.

“Rise strongly disapproves of any refugee movement, organisation, policy or individual that creates and/or supports a refugee scheme to imprison refugees and asylum seekers in detention centres and violates our peoples’ civil rights,” it said.

“Many of our members have first-hand experience of the harmful effects of the detention system.”

Abdul Baig, spokesman for Rise, said Wilson Security and other contractors should not be able to continue profiting from “actively [choosing] to participate in and enforce our community’s torture and abuse in detention.

“Survivors of detention centres should not be subjected to being policed by their abusers in an educational institution such as Melbourne University,” Baig told Guardian Australia.

“As ex-detainees, we would like to see educational institutions and public service organisations not to be complicit with any security company such as Wilson Security and Serco, who abuses people in torture camps both offshore and onshore.”

The letter noted comments by Maskell in the wake of the Christchurch terror attack, on supporting the values of “respect, diversity and inclusion”.

“A crucial part of embodying the aforementioned values is being able to embed these within the university’s organisational structure and contracting choices,” the letter said.

“Applying these values involves reconsidering the university’s choice to remain complicit in the refugee industrial complex.” 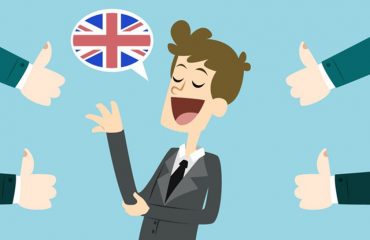