In March 2017, Carol Reyes, global education director at Miami Dade College, organized what she called a “summit” to inform students on the benefits of studying abroad.

“We wanted to explain the importance of how it would enhance their education, the skills they would learn and so forth,” she recalled.

The afternoon of the event, she met a student in the halls and invited her. “I told her, ‘We have free dinner.’ Students love free food,” Ms. Reyes said.

The student agreed to attend, and expressed interest afterward in joining one of the classes going abroad that summer. At the end of the conversation, she told Ms. Reyes, “Oh by the way, I’m homeless, is that a problem?”

Ms. Reyes was taken aback. She knew challenging backgrounds were not uncommon among the 165,000 students at Miami Dade, a two-year college that focuses on associate degrees but that also offers several bachelor’s programs. But she hadn’t realized any of the students were homeless.

This young woman was part of Educate Tomorrow, a Miami-based nonprofit group that operates on Miami Dade College’s eight campuses, offering about 400 people mentoring and support for academic and life skills. 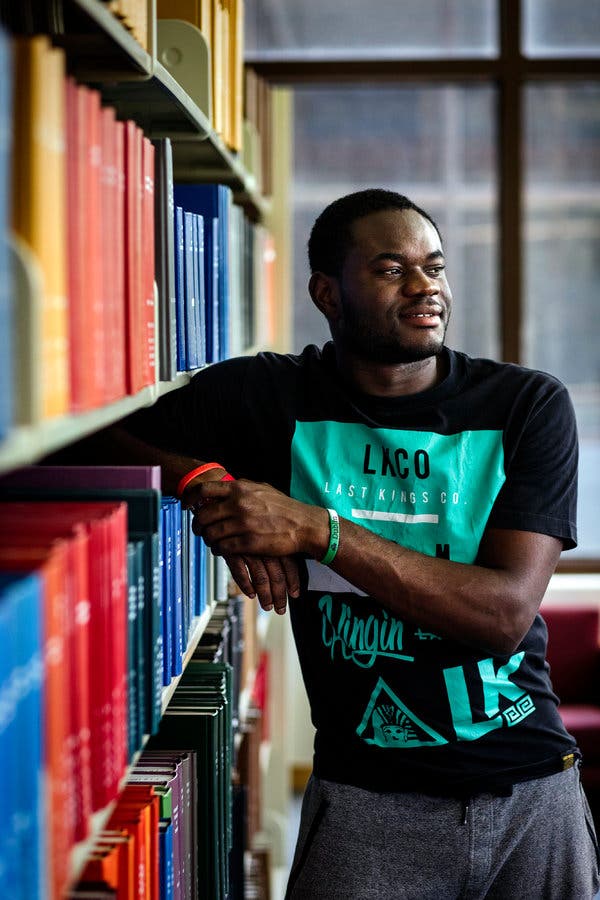 Naf Luyeye Makabu, originally from the Republic of Congo, jumped at the chance to take a literature course in Britain through his college in Florida.CreditCreditScott McIntyre for The New York Times

One of Miami Dade’s overseas offerings last year was an English class with a name sure to stir many a millennial heart: “Introduction to Literature: From ‘Harry Potter’ to ‘Game of Thrones.’” Among the 15 students who registered for Lit 2000 was Lorvely Prevert, 23, a self-described Potterhead and GoT fan.

Lorvely Prevert took a six-week summer class built around a trip to Britain and focused on “Harry Potter” and “Game of Thrones.”CreditScott McIntyre for The New York Times 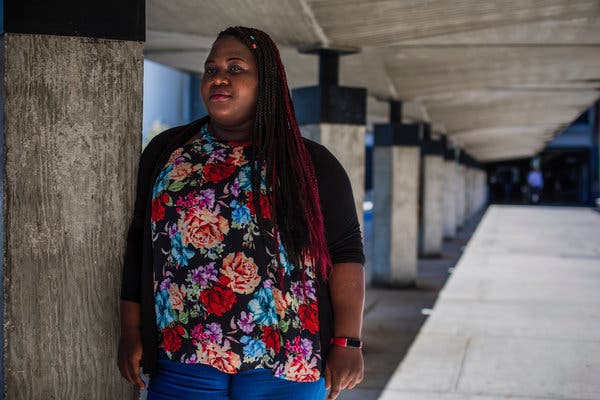 Lorvely Prevert took a six-week summer class built around a trip to Britain and focused on “Harry Potter” and “Game of Thrones.”CreditScott McIntyre for The New York Times

The six-week summer class was built around a 12-day trip to London, Edinburgh, Belfast and Dublin. Ms. Prevert — a native of Haiti who spent much of her childhood in a foster home — hadn’t been on a plane since arriving in Miami as a child. “At first, I was scared,” she said. “It was something I’d never done before.”

But after seeing actual castles used in the filming of “Game of Thrones” (not to mention Windsor Castle, which the class visited on a side trip); sailing on a Scottish lake; and visiting the Balmoral Hotel suite in Edinburgh where J.K. Rowling wrote “Harry Potter and the Deathly Hallows,” she was as spellbound as a first-year Hogwarts student.

“You see these places on TV or in the movies and then in real life, it’s so different,” said Ms. Prevert, an Educate Tomorrow student who graduated with her associate degree from Miami Dade and intends to get a bachelor’s.

Of course, that’s what studying abroad is supposed to be; but few community college students, homeless or not, have typically had the opportunity.

According to the Institute of International Education, community college students represented only about 2 percent of the more than 332,000 American students who studied abroad in 2016-17. That’s in part because many students at two-year institutions work and come from lower-income households.

But community colleges are trying to increase international educational opportunities, and in a 2016 study the American Council on Education found that 31 percent of community colleges provided funding for study abroad, up from 24 percent in 2011.

One Miami Dade student eager to take part in its growing opportunities to go abroad was Naf Luyeye Makabu. Born in the Republic of Congo, Mr. Makabu emigrated to the United States in 2012. After living with relatives for two years, he, his American-born mother and two siblings were forced to leave that home, and spent most of Mr. Makabu’s adolescence in a tiny apartment they could not afford.

When he heard about Educate Tomorrow Abroad, he jumped at the chance. Once accepted for the grant, he chose the same English class as Ms. Prevert.

“It was a great experience to see how other countries function, how things are managed,” Mr. Makabu said. He was impressed, in particular, with the London Underground. “There’s no subway in Miami!” he said with a laugh.

Mr. Makabu, 21, is now at Florida International University, where he hopes to earn his bachelor’s degree in international business. And then?

Neither Ms. Prevert nor Mr. Makabu (both of whose living conditions are now more stable) had traveled since arriving in Miami as children. They adjusted quickly, though, in part because Educate Tomorrow Abroad gives students an orientation before their trips, with details on concerns like applying for passports and dealing with jet lag.

But it also speaks to their life experiences in general.

“Can you imagine the challenges these students have faced?” asked Liza Carbajo, executive director for M.D.C.’s office of international education. “And then to be exposed to this international experience? To me, it’s just wonderful and inspiring.”

“They have a level of grit that students who have not been through similar experiences probably don’t have,” Ms. Joseph said.

Not to mention resilience: Claudia Gourdet, 23, plans to finish her education at Miami Dade this summer by taking an environmental sciences class heading to Ecuador and the Galápagos Islands in July. Ms. Gourdet was born in Haiti and arrived in Miami at age 10. But her guardian could not provide for her, and she spent much of her adolescence “couch surfing” — staying with a revolving cast of friends, relatives and teachers.

As a college student, expanding her horizons has been a priority. “I set a personal goal for myself to travel,” Ms. Gourdet said. “When I heard about the Educate Tomorrow Abroad opportunity, I applied for it.”